All eventsEvents of the area
Valle Isarco / Eisacktal 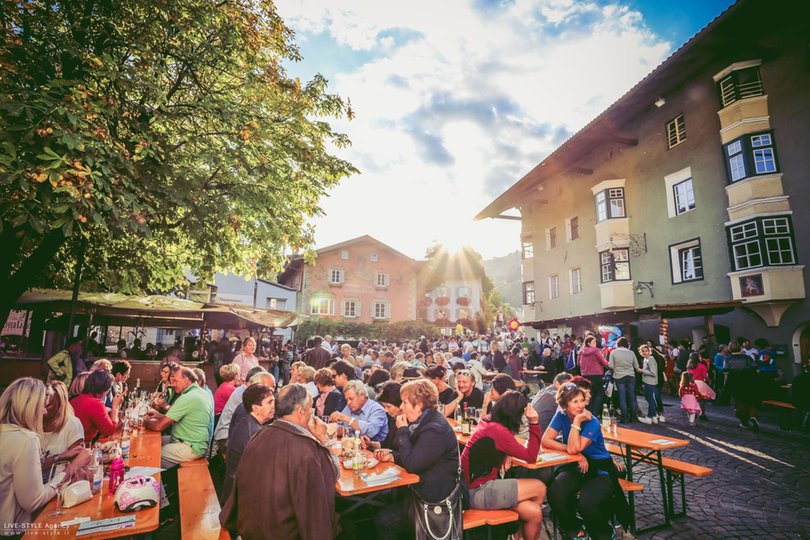 When autumn begins in the southern Valle Isarco/Eisacktal, it starts also the so-called Törggele-season. Chiusa/Klausen celebrates the beginning of this ancient tradition with a big festival.

On three Saturdays, the artist’s city Chiusa dedicates itself entirely to the traditions of the "Törggelen" and transforms itself into some kind of outdoor tavern.

A rich selection of white wines from the Valle Isarco completes the culinary offer. The festival has also a colourful entertainment program and a lot of popular music.

The festival "Gassltörggelen" starts with a big Törggele parade through the narrow streets of Chiusa. The coronation of the Törggele Queen is the final highlight of this special autumn event.

Receive the best offers and useful news for your holidays