Sights in the Italian Alps: exhibitions and museums

Mountain villages offer a number of recreational opportunities, both for culture and art enthusiasts and fun lovers. The wide choice ranges from historical museums, such as those dedicated to the Great War, to museums of natural science, to ethnographic museums describing traditions and customs of mountain communities. There are several opportunities to visit castles and fortresses, historical buildings, parks, natural wonders and mines, but also exhibitions of contemporary art, open-air installations, museums of handicrafts and local products, educational farms... not to forget, of course, the museums dedicated to the Alps and the history of alpinism. 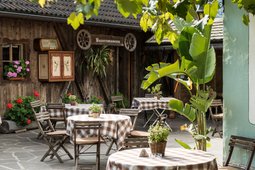 The Farmers’ Museum at Tschötscherhof dates back to 1995. Back then the old stable was being rebuilt and during the works a variety of peasants’ farm equipment - that belonged to Michael Jaider’s forefathers - was discovered. 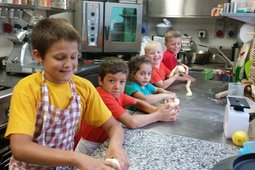 To approach the real life of this farm in Trentino you will find the Educational Farm, a breath of joy and liveliness. A timeless place to experience authentic mountain pleasures: the kingdom of apple orchards and the different types of fruit in Val di Sole. 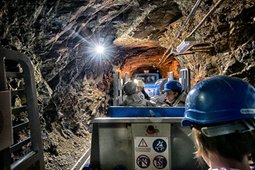 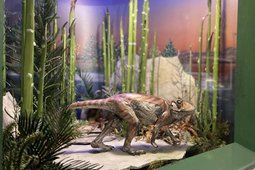 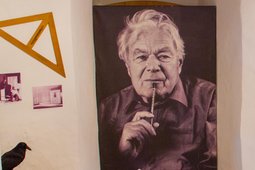 The native of Glurns, Paul Flora, illustrator, cartoonist and graphic artist, brought already at young age his passion for art, with an ironic and satiric express. He quickly gained a remarkable reputation far beyond the German-speaking countries and also worked as a cartoonist... 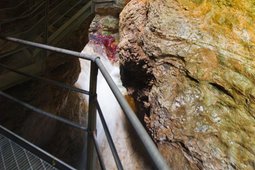 A natural environment of incomparable beauty! This is the Rio Sass Canyon in Fondo, a deep gorge dividing the important village in Val di Non. Since 2001 the canyon is accessible thanks to footbridges and stairs, to let you discover swirling waters, waterfalls, and potholes. 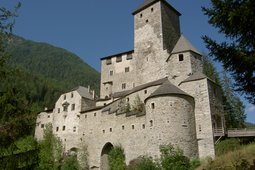 The particular homey character of the feudal Taufers Castle astonishes around 70,000 visitors every year. Children enjoy the Chamber of Armoury, art admirers the frescoes in the chapel painted by the Tyrolean Michael Pacher (abt 1435-1498) and romantics the appealing medieval atmosphere. 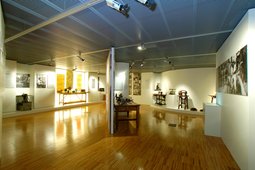 The Museo dell’Occhiale was set up to collect, study and protect objects, images and sources - both oral and written - relating to the history of eyewear and other optical instruments in their various forms and to illustrate the history of reading glasses industry. 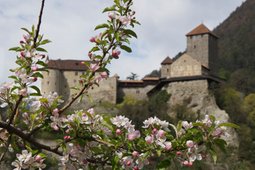 It’s almost 950 years that Castle Tyrol stands there on its morainic hill above Merano. In the 12th and 13th centuries the counts of Tyrol forged and governed the land from here. Since then it is considered the symbol of Tyrol’s history and identity. In 2002 the South Tyrolean... 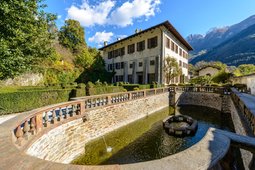 The Vertemate Franchi Palace is situated in the locality of Prosto di Piuro within only two kilometres from Chiavenna, in Val Bregaglia. It is a very beautiful masterpiece of the Renaissance immersed in a charming environment. 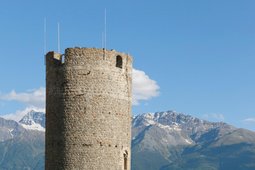 The castle, which dates back to the 12th or 13th century, is known to have been a seat of justice in the early 14th century and in the possession of the sovereign. The massive circular keep rises from the still relatively high remains of former dwellings. It is made of regular... 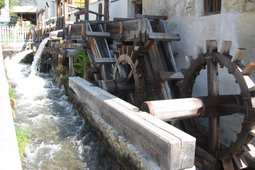 From grain to bread ... The Sandbichler Mill in Laudes/Laatsch already ground already in the 13th century and has been in private hands since the 17th century. The village mill was used by all of those bakers, farmers and artisans who had no right to their own mill. 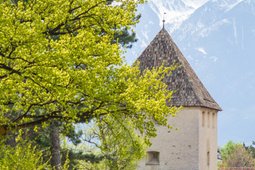 Since 2011 in this gate tower you can visit the exhibition "Milestones of a small town": On three floors the story of the medieval city is illustrated. It explores commercial markets, the defence, professions, peculiarities and curiosities. 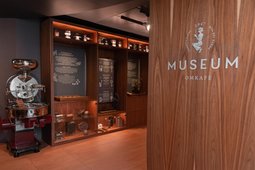 Every day, on the shores of Lake Garda in Trentino, a ritual is repeated, marked by the flavour of tradition and the selection of the best coffees in the world: Omkafè. Since 1947 Omkafè has been working with passion to spread the culture of coffee. 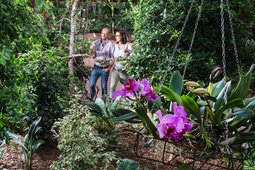 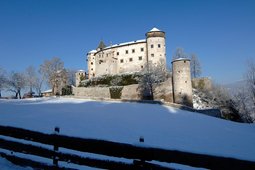 Visit Castel Prösels and spend unforgettable hours in the historic courtyard, in the idyllic chapel, in the cosy fireplace lounge, in the magnificent Knight’s Hall, in the chambers of sovereign Leonhard von Völs or in the tapping-inspiring armoury. 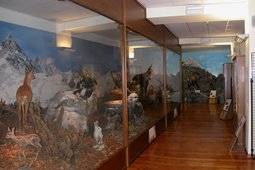 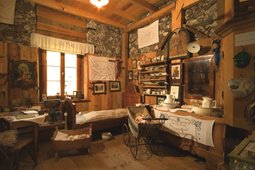 The heritage museum in Laudes/Laatsch located in a once-abandoned parish barn, opened its doors in 2004. Over four decades, a passionate collector from Laudes collected farming and household utensils and implements. 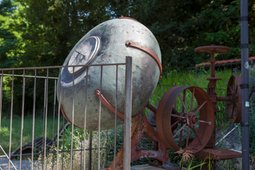 To the east of the marsh of the Mareschi are the remains of the world’s most important explosives factory from the 1940s. The main reason for this displacement choice was certainly the presence of hill formations. 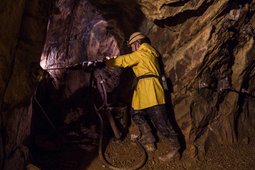 Museum of the Customs and Traditions of the People of Trentino

Ecomuseum of the Resistance Il Codirosso

The Gardens of Trauttmansdorff Castle