Tourist offices in the alpine area

For information about your mountain holidays you can address the tourist office of the locality of your interest. Details for excursions, news about events, initiatives for tourists are just some of the activities for which the tourist boards can provide you with all the details that you need. 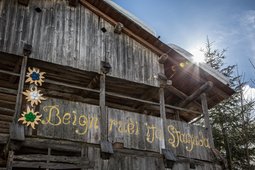 In the heart of the Unesco Dolomites, at the foot of Marmolada the Queen of the Dolomites, lies Rocca Pietore, which with its characteristic hamlets such as Sottoguda, Laste, Malga Ciapela and Caracoi, is the perfect place for your vacations! 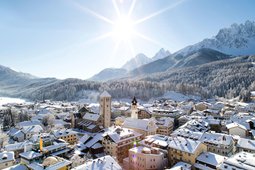 A holiday in Val di Zoldo, in the Dolomites: a journey through breathtaking landscapes, wonderful atmospheres, pristine nature, traditions and natural sceneries unique in the world, both in winter and in summer. 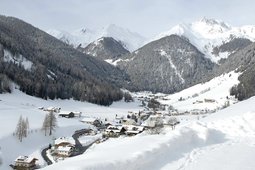 The Ahrntal Valley – Holiday on the sunny side of the Zillertal valley Alps.This valley, nestled in a majestic scenery of 80 mountains with heights over 3.000 metres, forms the northernmost part of Italy. 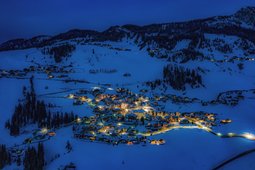 La Val - hiking village: the Ladin alpine village in the South Tyrolean Dolomites, UNESCO World Heritage Site. The Ladin village of La Val is located at 1.348 m above the sea level in the Dolomites in South Tyrol reveals to the hiker the unique beauty of the Dolomites. 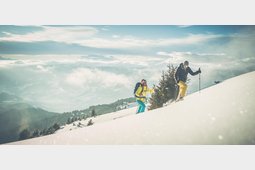 Brixen as the oldest city of Tyrol is a crossroads of cultures and lifestyles. Mediterranean in summer and Alpine in winter.

Renon – where the sun always shines! At the very heart of South Tyrol, above the region’s capital city Bozen, reigns the high plateau of the Ritten mountain.

The little town of Bruneck is located at the point where the Pustertal Valley opens out into a wide basin. To the north there is the main Alpine ridge, to the south you can see the world natural heritage site of the Dolomites.

Holiday in Resia Pass The villages of Resia/Reschen, Curon/Graun and San Valentino/St. Valentin are located along the old Roman imperial road, the Via Claudia Augusta, on the border between Italy, Austria and Switzerland.

Discover the variety! A discovery tour across the valley: the village of Rasen at the entrance to the Antholz Valley, together with its hamlets Niederrasen, Oberrasen and Neunhäusern, is especially renowned for its fascinating landscape.

On a moraine hill above the horseracing track, three kilometres southwest of Merano (Meran), lies the little village of Marlengo. Recreation and relaxation are of primary focus in this small community.

The garden village of Lagundo is surrounded by vineyards and orchards and only two kilometres from the modern spa town of Merano. 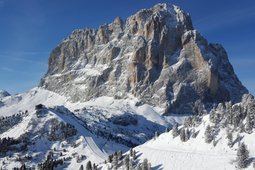 Selva Gardena is situated in the Dolomites, surrounded by the mountains Sassolungo, Puez and the Sella massif. One of the most popular holiday destinations in every season is settled in the heart of the skiing carousel "Sella Ronda" offering kilometres of runs. 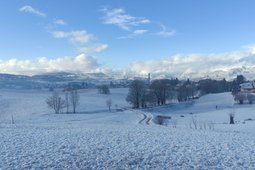 Pro Loco Canove Tourist Board promotes and enhances the territory, traditions and folklore of this splendid corner of the Altopiano dei Sette Comuni, a few kilometers from Asiago. Canove, the most populous fraction of the Municipality of Roana.

Lana connects From holiday region to temporary home. Lana is more than just a place; a sun-drenched region at the gates of Merano with vibrant villages, unspoilt nature and firmly rooted culture. Anyone who has ever been here knows: Lana connects. 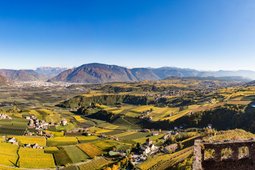 Eppan on the wine road is very famous for its castles, which are situated in different parts of its region. Eppan has the largest number of castles in Europe and so it becomes the perfect choice for a „Castle sightseeing" holiday. 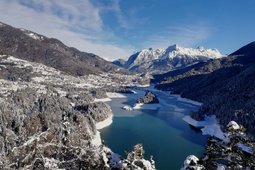 An association open to the public that deals with tourist information, promotion and development of the territory. You find the association in the heart of the Dolomites. The Cadore area is a land of unspoiled landscapes: mountains, rivers, lakes and villages.

Tourist board Schlanders - Laas in the Stilfser Joch National Park